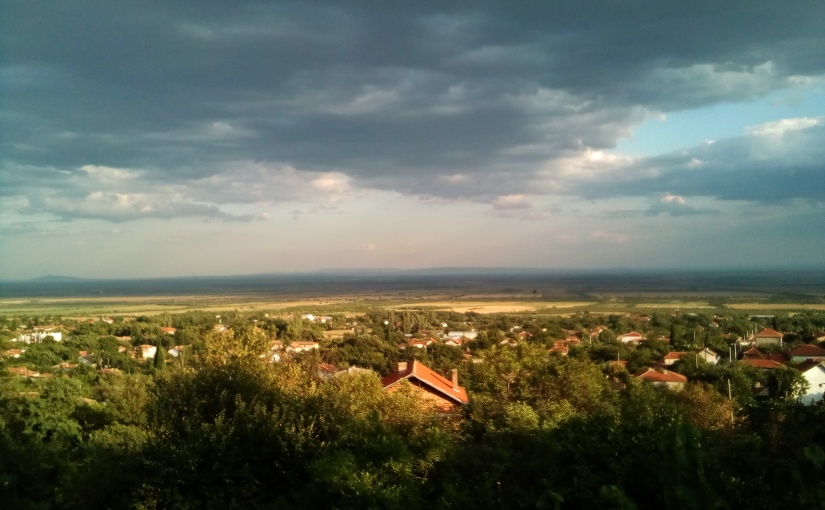 It’s officially here. Autumn, that is. So is our new kitchen. Things are happening, which tells me the extra-dose of real-lifing I was forced to take this summer (which is now on its way out in case anyone has not committed this to memory) is now paying off. Or is it?

Things I learned this summer

Sometimes things are even more complicated than you’ve suspected

I knew ordering a custom-made kitchen won’t be easy but with my usual charming cluelessness I thought the problem would be purely financial, i.e., it would cost more than I feared. It didn’t. But it took a total of perhaps three hours of me and Big C. sitting on a physical chair at a physical desk at a physical furniture shop, smoothing out every single design detail with the kitchen designer/sales assistant.

Three hours of live human interaction is normally my annual dose of live human interaction distributed over the whole set of 12 months. Now this was squeezed into two visits in a month. The designer/assistant lady was great and that was nice but it was still excessive for me and after each visit I needed recovery periods as if I’d been exposed to unhealthy levels of work.

As soon as the design was finalised, the waiting started (see previous blog post). With the waiting came the anxiety that something will go wrong. And it did: the company’s driver said he can’t bring the truck that usually transports their ware to our house because the street’s too narrow.

Freaking out on my part ensued as I visualised Big C. growing old while he waits for the kitchen to arrive, and me and Little C. in the city, because school starts next week. Luckily, the driver turned out to be a smart man and managed to load the whole kitchen into a van. We are now waiting for the assembly guy and then I’ll have three whole days to enjoy looking at my new kitchen before we leave for Sofia. Not quite how I imagined things but that’s life for you.

If you don’t suffer for it are you capable of appreciating it at all?

I’m sure there is plenty of scientific evidence that the sense of gratification we feel when we succeed at something is much stronger when you achieve this something with a lot of effort. The more effort you put into something, the greater the joy you feel when you accomplish it, I imagine.

One of the things I put a lot of effort in this summer was, yes, that kitchen, up to and including going Cinderella on the new tiles because we had to. Armed with sponges, brushes and — this is not a joke — toothbrushes, Big C. and I played Cinderello and Cinderella for a week until it all gleamed and the last drop of gap filler was gone.

Another thing I put a lot of effort in was driving, which shouldn’t really count because it’s a pleasurable activity. But I also read a lot about cars to learn what to look for when I pick my first ever motor vehicle. Can you even imagine what it’s like to plan your first car purchase in your forties? No, of course not, because you and 90% of the world have been driving since you turned legally adult. Well, it’s exciting. Also baffling but in a nice way.

Other things I learned included juggling between age and mileage, realising that a 1.0 engine will be of no use to me unless I decided to move permanently to the city instead of leaving it forever, which is the plan, and discovering with fascination that people keep their Honda Civics for much longer than any other car and still they sell them for as much as a twice newer [insert name of car here].

Also, since Bulgaria is a major second-hand car importer, I learned a very interesting thing: imports from Italy are safer than those from Switzerland and Germany because of the relationship between climate and rust formation. Who’d have thought to think about this at all? Not me. I’m now informationally ready for my car. Stay tuned for updates. Or don’t. I can’t imagine this being interesting to anyone but me.

I’m exactly as pathetic as I thought…

You know how some people have experiences that let them learn new things about themselves and how these things, at least in books and films, turn out to be completely unexpected but very motivational, inspirational and other things that end in -nal and are good for you. Yeah, well, I’m not one of these people.

I’ve been making plans this summer. Work-related plans, writing-related plans, you name it, I plan it. Of course, the question of actually doing something to advance these plans to materialisation is a completely separate matter, on which I tend to fail. Have done since adolescence. I’ve been working on it but heat doesn’t tend to be conducive to discipline, so it’s been a summer of failure overall. Of course it’s the heat’s fault and not mine.

…but not as pathetic as I could be

I don’t know about you but I’ve found on numerous occasions that self-loathing is a great motivator. I think I’ve blogged about it but I’m not sure. Anyway, the feeling of failing at things I want to accomplish invariably leads to a buildup in self-loathing. When this buildup reaches a critical level, a bit like limescale on the shower taps, my brain goes into cleaning mode.

It has now been a whole week since I have been dedicating an hour a day to proofreading my ghost story manuscript in preparation to begin submissions. This is the only accomplishment I can brag about for now but I have plans and I no longer have the excuse of heat, so I will have to address them. Which I will do. If it’s cardigan time, it’s accomplishment time.

Yeah, okay, it sounds lame, so what. But I’ll have you know that yesterday I made plans for today and I’ve done 50% of what I’d planned, which was proofread, write weekly blog, collect links for Monday newsletter (work stuff) and translate six pages from The Bridge Kingdom (also work stuff). And it’s only 9 am. I can do this.

On a final — and rather grim — note, one other thing I learned this summer is that fear is a surprisingly (for me) effective tool for crowd control. Or any control, really. Oh, and our tendency to seek a feeling of superiority over others is a good one, too. Amazing, really.

As always, welcome to my book-peddling corner (because books won’t sell/download themselves much as I’d like them to).

The Dreamer is now out. It’s about a guy who can change reality while sleeping and he’s suffering consequences that include a very busy woman with a brutal mission passed down generations. I know, crap pitch, still working on it.