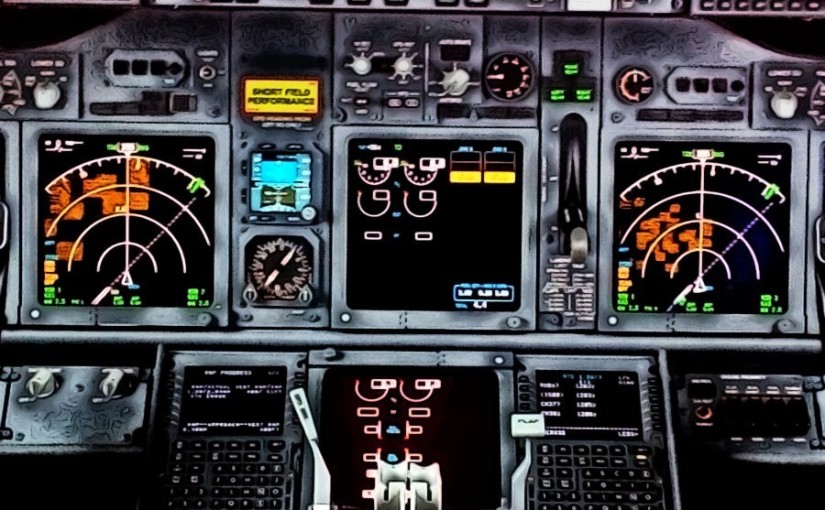 “Hi. Welcome back. How do you feel?” The words came out as fast a string of bullets. He put his hand on hers. “Are you okay?”

“Yeah,” Bianca said, frowning. “My head hurts. Like a blow. A kick. Like someone kicked me in the brain.”

“That sounds like a stroke,” Charles said. They’d all come nearer and were now gathered in a rough circle around the two on the ground.

“A stroke? Really?” Michael said. His eyebrows were arched so high his face had a vaguely comical expression were it not for the furious look in his eyes. The look said he would like to stuff the words Charles had just uttered back into his throat. Charles shrugged.

“When my mother had a stroke, she said that’s what it felt like. A kick to the head.”

Michael turned back to Bianca.

“Can you move your arms and legs?”

“I think so,” she said and raised her other arm. She wiggled the fingers.

“Good, that’s good. Now the legs.” He turned to observe how Bianca moved first her right and then her left leg up and down, bending them at the knee. “Good. So, not a stroke,” he concluded with a quick glare at Charles. The man shrugged again. “Can you stand up or do you want to lie down a bit longer?”

“I want to stand up.” She propped her hands on the ground between the rocks and pebbles and pushed herself off Michael’s lap. He took her by the elbow to stop her. “I’m fine, Mike, I can stand up on my own.”

“Okay,” he said and let go. She rose slowly and patted her backside in case dirt had stuck to it. Michael stayed squatting on the ground.

“See? I’m fine,” Bianca said spreading her arms as supporting evidence. Her eyes fell on the plane. “How did this happen?”

“I did?” Bianca sought confirmation from Michael. He provided it with a nod. “I don’t remember.”

“What do you remember?” he asked standing up.

“I remember trying to get it out and I remember it moving up. But I don’t remember guiding it to the shore.”

“Could be,” Bianca agreed and winced. “It was… heavy.”

“May I just check something?” Michael said and stepped closer to her.

He took her wrist and found the pulse.

“Amazing,” he murmured. “You have a pulse again.”

“Again?” She frowned and pulled her hand away.

“Yes. It stopped while you were unconscious.”

Bianca scanned the group. All eyes were on her as if she was a specimen in a research study.

“Is that significant in any way?”

“One more weirdness for the record,” Gary said. Everyone looked at him. He hadn’t spoken for hours. “What? We’re alive but not really, we can’t get far from the plane, she pulled it out of the lake with her mind, and she stopped breathing when she was knocked out. And all the strange stuff that happened on the plane like that nosebleed and her stomach cramps,” he nodded at Samantha. “And her ulcers,” Gary added tipping his head to Gabrielle. “That’s a lot of weirdness but who cares, right? And we can’t tell anyone because we’re dead. It sucks.”

The boy kicked a pebble. Michael tilted his head to one side and narrowed his eyes at Gary. The corner of his mouth rose in a half-smile.

“There’s nothing to keep records on, I just remembered it.”

“That’s very good. Did anything weird happen to you? Like Charles’ nosebleed or Samantha’s cramps?”

“Or my cold sores,” Gabrielle added. “Did we all have things happen to us for the first time on the plane? Bad things?”

“I sweated,” Bianca said. “I don’t normally sweat, not this… profusely.” She shuddered with disgust. “And Michael had a headache.”

“A severe headache,” he said. “The mother of all headaches. I don’t get headaches. Bianca once said it was because I have no brain.”

“It was cruel. I apologised.”

“The brain doesn’t hurt,” Gary said. “But it doesn’t matter. I didn’t experience anything for the first time.”

“Same here,” Rob said. “I’ve been thinking and I can’t remember feeling anything out of the ordinary.”

“So there are exceptions to whatever rule this is,” Michael said. “I don’t know what we can do with this information and if we should do anything with it.”

“Shall we go check the plane?” Samantha suggested. “I’m kind of curious.”

Murmurs of approval rose in the air. As they walked to the plane Michael kept close to Bianca.

“Are you sure you’re okay?” he asked.

He nodded and picked up the pace. Bianca reached out to stop him but gave up and let her hand fall. Her cheeks felt hot.

The plane sat on the beach, taking up all the space between the rocks and outcrops that jutted out around the lake. It fit perfectly in the flat space.

“How exactly are we going to get up there?” Gabrielle asked when they reached it. From this close the 737 towered over them, the open emergency exits at the front unreachable. Rob looked the plane up and down, and walked up to the turbine.

“Maybe,” he said and reached up aiming for the upper curve of the turbine opening. He couldn’t reach it so he jumped. His hands scraped the metal before he fell backwards. “Too smooth,” he panted.

Rob took up position in front of the turbine and steepled his fingers into a stirrup. Gabrielle placed her right foot in it and Rob lifted her with a single thrust up. Gabrielle landed on top of the engine, her legs dangling in front of the opening. She pulled herself up.