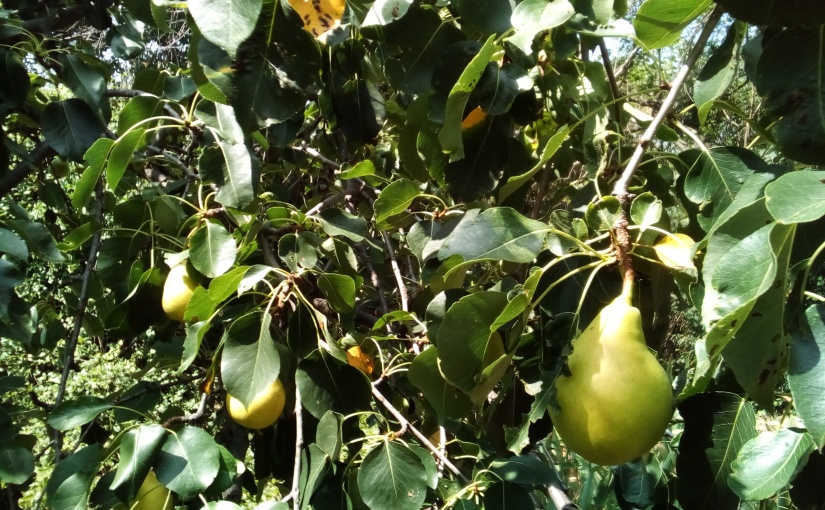 I know I wrote about the mental health benefits of spending a while away from the news torrent but I can’t stress it enough: it is good for you. I didn’t even notice how the week passed. In fact, because we left Sofia on Thursday, I had the feeling I didn’t work a whole week but rather two very short weeks.

During these two very short weeks I found out the world, unsurprisingly, had not got any better. If anything, it has continued its descent into complete idiocy but now I care a little less. It’s temporary but I intend to enjoy the desensitisation for as long as it lasts.

One might say desensitisation is a bad thing but I would argue it’s just one more coping mechanism. Humans are good at coping mechanisms. It’s all about survival, after all. You cope or you burn out, get sick, and die. This is a positive thing with regard to the planet’s overpopulation problem but it is not a positive thing with regard to most people’s perfectly understandable desire to live as long and as well as possible. Life’s hard.

I had no idea pear cider had a special name but there it is, it’s called perry. Perry is what I made yesterday because one of our pears decided to bless us with abundant crop that cannot be all eaten and cannot be distributed among friends and neighbours because they also have pears. We had to do something with the fruit, which is of a variety that starts rotting at the core the moment it goes from almost ripe to ripe, and often even earlier.

Now, traditionally, fruit that cannot be consumed fresh in this part of the world is either made into preserve or, preferably, brandy. Pear brandy has one of the loveliest smells of all fruit-derived spirits I’ve smelled but our problem is we don’t drink spirits. We’re a beer family, overall, but we wouldn’t say no to cider, either, so the decision on what to do with all those pears was one of the easier ones I’ve had to make.

Apparently, making cider — or perry — is not particularly hard unless you want to do things by a formula, and I do not. I picked about five kilos (and left about twice that on the tree), washed them, cut out the rots, chopped them and pureed them with the tiny blender of my hand mixer.

It took a while so I’m making a note to get my hands on a larger blender but I enjoyed it because it smelled of pears. It’s tucked away in the dark and cool place under the stairs now with a pinch of bread yeast and no sugar to ferment. Will it turn out all right? Well, as a friend said, if it ferments, it’s good for drinking and I concur. And it will smell of pears.

The answer to life, the universe, and everything

I turn 42 today and if it wasn’t for yet another water outage I would have been as happy as I always am on this day. I’ve no idea why so many people dread the moment they cross from their 20s into their 30s. I mean, back in the 90s, the 30s were the new 20s and the 40s were the new 30s. Something must have happened along the way but I’ve missed it.

I can understand people who look at their teenage photos and sigh with sadness but I don’t, emphatically. I feel a lot better in my skin than I did in my 20s and I daresay I look better, at least to myself, which is the only thing that matters, really. I also feel better in my head than I did in my 20s and much of my 30s. It could be a natural process or sheer luck, I don’t know.

Twenty years ago I was a mess of self-consciousness and insecurity. Now, I’m a mess of ideas and a neat order of opinions ranging from mild to strong. I’ve also accumulated enough knowledge along the way to be acutely aware of just how little I know about the world but I’m constantly hungry for more knowledge.

I no longer try to make everyone around me happy, regardless of how I feel about them. I’ve limited my efforts to helping along the happiness of only those I care about. With the rest of the world I just try to be civil, help whenever I can, and not hurt anyone intentionally. That’s the best I can do.