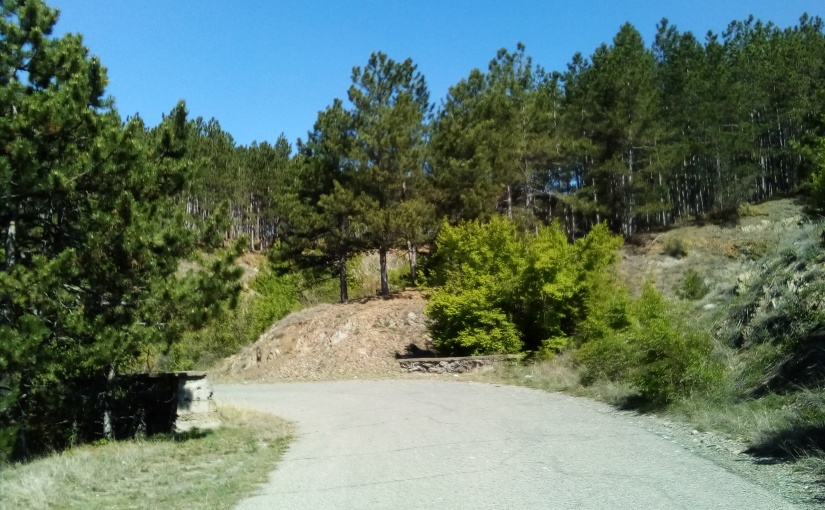 Another week gone and it’s now May, which means end of school and Little C’s birthday, in reverse order. Not so little any more. Anyway, we’ve been getting re-used to life in the big city and ticking off things we came to do.

One of the things I had to do was pick up the glasses I ordered two months ago and were ready in late March. It was an expensive order (thick lenses mean expensive lenses) and I really wanted to get my hands on it. I also needed new contacts. And did I get some.

I’ve been using the same brand of contacts for decades now, after a disappointing experiment with another brand a few years ago. Now, I was convinced to try another brand again by a man who looked like a doctor and spoke like a drug dealer. Why not try these, he said. I’ll throw in a free pair, just to hook you, what do you say? Okay, I don’t think drug dealers talk like that but they probably think like that.

Did I allow myself to be hooked? Of course. I paid for a single pair of lenses and got two, plus a set of five dailies, a free sample. Which was confusing and a little funny as far as hooking efforts go. You get a free sample of two pairs of daily contacts and an extra one… which should theoretically make you buy another set of five dailies, to make five pairs. I wouldn’t do it, just because they want me to. I don’t know who would. It’s a bit insulting. Also, these are dailies. You put them on in the morning and throw them out in the evening. The contact peddler said people bought them as reserves. I don’t understand the purpose of a reserve of daily contacts when you can buy monthlies a lot cheaper.

Anyway, I was talked into buying silicon contacts, with the peddler assuring me profusely that once I try the silicons I’d never go back to hydrogen gel. I tried a pair of the dailies yesterday. Can’t say I felt any different with them either yesterday or this morning but whatever makes them happy. I’ve got three months’ worth of contact supplies and that’s enough.

For those wondering why not stick to glasses: there are certain activities that are much more easily performed with contact lenses than without them/with glasses, including working out and body hair removal. The latter is a Russian roulette with a razor without eye prosthetics.  Also, mine are heavy, so my nose and ears suffer.

The golden age of noir

I was in need of something cosy to read or watch the other day. The dilemma was between The Big Sleep (read it twice already, watched it once) and The Maltese Falcon (Haven’t read it, haven’t watched it.) Uncharacteristically, I chose the film I hadn’t watched.

Now, I’m no expert on any films, let alone 40s classics. I was born too late to be able to appreciate them fully. And yet there is something about these black-and-white films that makes watching them feel like I’m snuggled in a fluffy blanket laced with some anti-anxiety drug that works through inhalation. It’s strange but there it is. The noir genre means comfort to me.

Naturally, watching a 40s film got me thinking about life in the 40s or rather the 30s, before the war. The low-tech life. The pre-plastic era. The organic everything, or at least most things, assuming there were fewer industrial fertilizers. Everyone smoking. No internet. No modern medicine. A simpler, a lot more dangerous but sweeter time. Yes, if I had a time machine, that would be the first period I’d visit. Won’t stay, mind you, but will go there on an extended visit.

I’ve got Double Indemnity lined up next. I don’t know yet what it would lead to but I’ll end up with Dark City again, I’m sure. Not strictly noir because of the supernaturals but as noir as they get.

The woman who once didn’t make soup

I’ve sung my husband’s one single attempt at cooking here and now the time has come for me to add one more entry to my list of kitchen failures. I didn’t make soup. I was planning to make soup, I had no distractions and yet I failed. Why? Because I miscalculated the size of the pot relative to the amount of water the soup needed.

It’s astonishing now easy it is to get used to something. The pot I use for soups in the country house is larger than the one I use here. I remembered that when I put in the ingredients, which included rice, but somehow forgot it when I added the water. As a result, I made some sort of rice, potato, carrot and pepper stew. It looked a lot like a side gone wrong so we finally ate it as a side, to roast chicken.

As far as kitchen failures go, this one barely qualifies. It’s not the perfect-looking moussaka I had to throw out because I’d put in bicarbonate of soda instead of salt. It’s not the sweet bread that would have been a cake had I not read millilitres as milligrams. It’s not even the lemon cake I made recently using approximate measures because I hadn’t got my kitchen scales with me. It ended up looking like a brick. Tasted okay.

And yet the non-soup soup was a lesson, a profound one. Never get complacent. You can always screw up, even when doing something you’ve been doing every day for years. If this is not profound, I don’t know what is.

I was born in Sofia. I’ve lived 39 of my 42 years in it. Over the last five years or so, however, it has become glaringly obvious the city is changing and not in a way either I or Big C like. You could say our checkpoint adventure was the last straw. We’re ready to say goodbye.

We first started discussing a move a couple of years ago. The neighbourhood was being overbuilt. It still is. There is no way they will start taking down the buildings so there is no way the situation will get any better. But the whole city is being overbuilt. It is growing and it is growing fast and in many wrong ways because it’s not just expanding outwards but getting more densely populated in already densely populated parts. In short, there are way too many people here and way too many cars.

At the time, a few years ago, the discussion was quite general. We were going to give ourselves until Little C’s fourth grade to decide. We still are, only there are just two years left. I’ve already started the preparations and I can safely say I’m both scared and excited, with the excited outweighing the scared, which I think is the right proportion.

We talked about what’s keeping us here. We came up with just one single thing: Little C’s school. That’s quite sad, when you think about it. Or maybe not. Maybe we’ve just outgrown all the other attractions of a big city, which, to be fair, are present in smaller cities, too, just in smaller amounts. Which is not that bad.

I don’t need sixteen cinemas. One usually suffices. So, there’s no Dominos yet in the city we’ve chosen but we’ll survive somehow, I’m sure. There is a good hospital and there are a couple of dozen schools, so some of them are bound to be good. We don’t need anything else, really.

It will be a lot of work, most of it to do with selling our property here to buy one in the other city. We’re averse to mortgages so the plan is to sell this place first and use the money to buy a place there, spending the meantime in the country house. It should be relatively easy, even in a depressed market. Everyone seems to want to live in Sofia these days. If not, plan B would have to involve a mortgage. I’m working to soften Big C’s aversion to these right now, since it’s greater than mine. I’m just trying to always have at least two plans. I call it comprehensive preparation.

So that’s it. We’re moving, slowly but moving. It would be the first time in my life. A midlife decision to avoid the crisis that makes people buy innocent Porsches to feel young again. We’re starting a new home  and while I don’t know if it would make me feel young again (the only time I don’t feel twenty-two is when I oversleep and wake up all puffy) it would definitely be an adventure. I like an occasional adventure. There’s a silver lining to everything, even a pandemic.