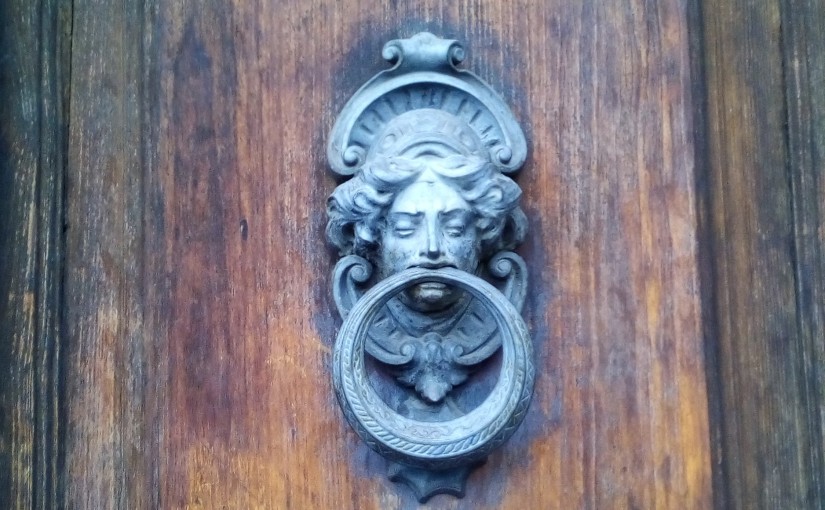 This past week was an odd one. I went to Italy and came back, and only managed to get lost twice. True, the second time was a master-level achievement since I got lost outside a mall with clearly marked exits and entrances but even so twice is subpar for me. I’m getting older. But I didn’t get infected with any viruses, so there’s that to be happy about.

Oh, Look, the World’s Still There

The UK left the European Union at midnight last Friday and lo and behold the world did not stop spinning and the country did not sink into the throes of chaos. I still can’t believe it’s done, though. I’d got used to Brexit trending every single bloody day on my news aggregator. I thought we’d all grow old with Brexit and even our children will grow old with Brexit. Luckily for everyone, this didn’t happen though the whole affair did spawn some pretty funny jokes. Soon, hopefully, the word Brexit will disappear from our collective human memory and good riddance.

Meanwhile, across the Atlantic, it’s primaries time! I make a point of not following any political news but I can’t avoid it when I have to write about the environmental agenda of this or that candidate. Fortunately, I don’t have to do it every day, so my sanity (I first started writing insanity) is still relatively intact. So why am I even mentioning the U.S. primaries? Because a friend had a brilliant idea: all the Democratic candidates should run as a government since there are so many of them. They can allocate their posts after the election if they win. Seriously, isn’t this the smartest election-related idea you’ve ever heard? Thanks, Phil!

I knew what I was getting myself into when I said yes to that invitation I received last month… Or at least that’s what I told myself when I accepted it. So, it will be a conference, I told myself. A few hundred people roaming around or sitting in a hall listening to speeches. I can handle this and I don’t have to speak to all of them, so I can handle this easily. That I was wrong needs no mentioning.

The Florence Opera House, which I just googled, has a capacity for 1,800 in the opera hall. One thousand and eight hundred people. And. It. Was. Packed. I have to say I’m getting palpitations just writing about it and I was there, following the flow of people, so like a river of ants, going into this vast hall, spreading across rows and aisles, talking, coughing, sniffing… I need to take a break.

I survived, obviously, and I even got over the shock. The fact that there were smoking areas helped. The fact that at one point there were so many smokers outside they left the emergency door open rather than having us go all the way around the building to re-enter the conference venue also helped. You organise a conference on oil and gas, you get a lot of people from the Middle East, Asia, and Latin America. These people smoke. The end. Actually, the Italians smoke like Arabs, too, so there was that, too. I fit into the cultural context right away even though I was being a good girl with an IQOS.

In truth, the crowd wasn’t so bad once I stopped thinking about it and I stopped thinking about it fast because I was there to do work, to listen to people talk and take notes and record them. Sadly, 99% of what they said was about digital technology. They did their best to make it palatable. They tried to dumb it down. Yet I still feel I only understood about a tenth of what was said. I am mad at myself for not going into engineering or at least making more of an effort to understand Big C when he talks about computers. I have to say, however, that even that tenth was fascinating. And the fact these were closed media briefings meant I was isolated from the big crowds. Pretty neat, I’d say.

Imagine walking along a corridor. At regular intervals on your left and right people are setting tables with plates of meats, vegetables, and pastries. They are setting up huge chafing dishes with little labels in front of them. You catch a glimpse of the labels that say swordfish carpaccio, risotto with something you miss because you can’t stop walking, pasta with something else you miss.

The smell of food begins to rise in the air and make its way into your nose but you can’t stop. You have to keep walking because you are being shown around and the people who have developed one or another wonderful technological thing are eager to talk about it. I could look at the food, I could smell the food, but I couldn’t eat the food. On top of the unbearable temptation I was genuinely hungry by that hour — 2.30 pm — because I hadn’t eaten anything since the previous evening, forgetting that the normal rules of me not breakfasting might not be smart to stick to at a public event.

By the time we were done with the tour there were a few meatballs with peas and some pasta with tomato sauce left. Gone was the swordfish carpaccio. Gone were the pastries. Gone was the risotto. There were some desserts left but I passed on those, too depressed by thoughts about all the food I had missed. After all, friends who had been to Italy advised me to “Eat everything I can” and I was determined to follow that advice.

I was rewarded for my suffering the very next day, when the organisers of the event had scheduled a dinner for the journalists, no doubt to compensate them for their pains the previous day. I had the risotto with mushrooms. I had the fettuccine with beef and tomato sauce. I tried to leave some space because it had been announced there will be steak afterwards and I wanted to do it justice. I just hoped it would be too huge a steak.

Naturally, I was wrong. When the steaks came they were as big as my head. But they were cut into manageable slices so everyone could serve themselves just one or two. Smart, I thought. I shall do this meat justice, I told myself. That was before I saw the blood and the deep pink of the raw flesh between the two thin layers of cooked meat.

That’s Florentine steak, my table neighbour said. It’s legendary! The best! You have to try it! So I did and discovered without much surprise I have a low tolerance to culinary experiments. Okay, I tried raw meat once. Next time I’ll politely decline. It was delicious but a bit hard to chew, in case you’re wondering. And I failed at deceiving my brain into thinking it’s not raw because it was raw. Good thing I’d stuffed myself with risotto and fettuccine, I thought. They were lovely.

The Art of Getting Lost

Before I left I asked Big C to make me some maps and print them out since I’m too haughtily analogue and I will not have a GPS on my phone. Routes from the Florence train station to the hotel, to the Santa Maria del Fiore cathedral, and so on. I thought I could trust Google maps. It turned out I couldn’t.

I got lost on the way from the train station to the hotel simply because the Google map had too many street names on it and I could see none of those streets but one. It also had directions in metres. You walk 19 m along Street A, then turn left onto Street B and walk 57 m. Okay, I could assume 1 m equals a step but I was too anxious to count my steps.

I walked up and down Street A twice before I gave up and stopped the first pedestrian I saw, a young girl who shyly said she didn’t speak much English, which I ignored and shoved the map in her face. Politely, of course. The girl gestured me to walk with her to the corner of the street where she took her phone out and showed me a picture of a tower. “When you get to this,” she said, “Turn right.”

You’d think that would be the end of it but no, I got lost on the second leg of the 10-minute walk, too, overestimating distance yet again. I turned up the wrong street and did another 100-m pointless walk before I asked for help. It turned out I could have seen the hotel perfectly clearly from the tower the girl pointed me to.

I’m happy to say I didn’t get lost in the city centre, which I roamed in search for the cathedral to take pictures for the Assassin’s Creed fan at home. I had to do this before the conference began and I had no time for walks. The Florence city centre turned out to be very easy to navigate if you set yourself marks along the way. A hotel here, a vegan pizzeria there, a leather shop on the right, a Renaissance building of some sort on the left and navigation becomes almost pleasant.

My second getting lost was spectacular and deserves a separate blog, which it will get. Suffice to say that after decades of hating the guts of the Squadra Azzura (the Italian national football team) I am now ready and willing to support them at the next cup. Yeah, it was that bad and yeah, Italians are that kind and helpful.

P.S. Here are some random pictures from Florence:

The view from the hotel. Some regular Florence. 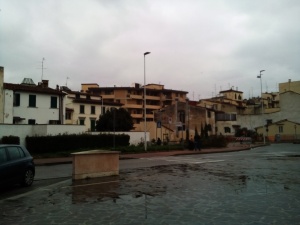 The Santa Maria del Fiore cathedral. No picture can do it justice.

Porta al Prato, the tower that led me to the hotel.

4 thoughts on “A Profound Look Back at the Week: February 3-7”