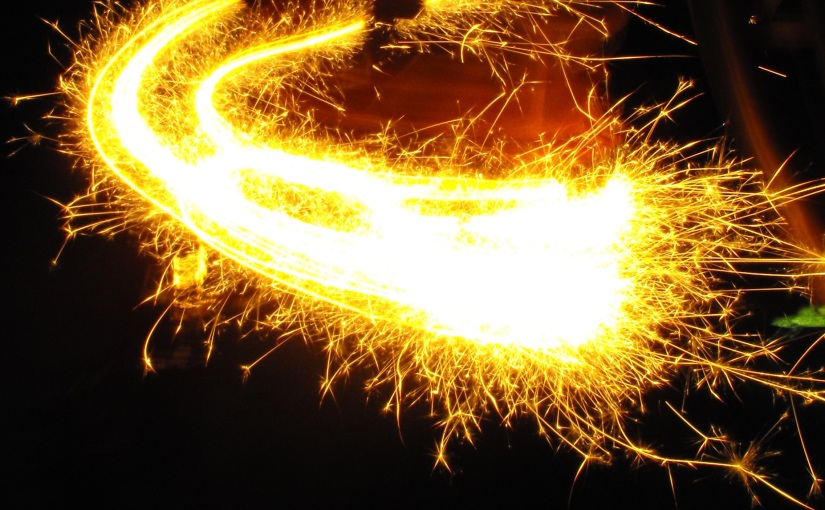 The first real* week of the year has been unusually eventful, both globally and personally, and when I say unusually, I mean shockingly. So I felt the urge to look back at what happened during that week.

* No week containing January 1 is real.

I can understand all those worried people who started tweeting about the beginning of World War Three and went into lengthy discussions of why it is happening. I really can. They get their information from the mass media and the job of the mass media is no longer to inform. It is to trigger an emotional response — the stronger, the better.

Well, I can safely say no World War Three is happening any time soon if at all. That is, WW3 is not happening in the form we imagine based on what we know about the first two World Wars. The reason for this depends on your perspective.

Perspective one: WW3 is already under way and it has been underway since the end of WW2. It’s just not as spectacular as WW1 and WW2.

Perspective two: Modern warfare is a lot different from the warfare of the early 20th century. There is no realistic scenario that can unfold in the way that WW2 unfolded, whatever happens to any one country.

All right, now that we’ve got this covered, let’s move on to something less horribly sad.

I got my first royalty statement from the publishers of The Lamiastriga. It was worse than I expected, I don’t mind saying that. Fortunately, I was too preoccupied with something else I’ll go into below, so I just didn’t have the spare capacity to get depressed. But the sales figures got me thinking.

There are millions of fantasy books out there and hundreds more are coming out every month. That’s a lot of competition for all of us and it’s particularly hard for those in the majority who don’t get published by the Big Five with their massive marketing resources. Which is not a reason to whine but it is a reason to start thinking about doing more marketing, which in my case means some marketing at all.

This is hilariously ironic, by the way, because the reason I opted for a publisher instead of self-publishing was largely the marketing part. I thought they’d take care of everything. Apparently, our views on what everything constitutes differ or, as I suspect, I simply expected too much.

The good thing about books is they don’t rot, so I can yet help my sales. One way of doing it is begging people to post their reviews on Amazon. It’s funny. I’ve got half a dozen glowing reviews and while most are from friends, there is one from  One Person Outside My Friend Circle Who Read The Book and Liked It. But they’re sharing them with me personally and not the world.

I deeply appreciate the kind words and they are really motivating. But, like any writer, I want more. I mean more people reading the book, not more kind words. Compliments tend to make me uncomfortable though I’ve found praise for The Lamiastriga does not do this to the usual extent, so… I’ll have to go on the hunt for book reviewers. This is a situation in progress.

When Fate Interferes with Your Plans

I don’t remember if I’ve mentioned it here but for a while I’ve been itching to go to Florence. No idea why. I wouldn’t say I’m a fan of Italian culture the way some of my friends are or the way people love Paris, say, or London. I certainly appreciate it, one of my very favourite writers — a formative influence — is Italian and I love Renaissance architecture but still, this doesn’t necessarily say Florence. And yet I want to go there.

We discussed the trip at home several months ago and decided we’ll plan it for next year, as a birthday present for Cat who will be turning 10. You see, we’re not exactly the traveller type and after one great adventure (going to Denmark in August 2018) we need a couple of years to rest and recover our strength. For 2020, I planned a quiet year at home, with lots of writing, the usual. And then fate interfered.

A got an email on Tuesday on behalf of a major oil company inviting me to their annual industry conference in, yes, Florence. Two days of all things energy, which I admit I happen to be interested in professionally. Like I said last week, I do love my job. And all this in Florence. I don’t know how great your resistivity to temptation is but mine went on vacation the moment it saw the location of the event.

I bought my plane tickets on Thursday and now the real fun has begun because I am an expert worrier. If worrying was an academic career, I’d be an honorary professor. If it was a competitive sport, I’d have a bunch of gold medals.

Right now, three weeks before the trip, I am worrying that: I’ll get lost on the way (by bus) between the Milan airport and the train station; that if that fails I’ll get lost on the way (by train) between Milan and Florence; that nobody at the hotel will have heard about me; that I won’t be on the list of approved conference attendees; that nobody will notice me when I try to interview them; that I’ll get food poisoning and my face will swell (it’s happened once); that I’ll get lost on the way from Florence to Milan; that I won’t be able to find the way to the hotel for my last night and I’ll have to sleep at the airport; and, of course, the all-time favourite, that either of the planes will crash putting an immediate end to my dreams and plans.

I admire confident people, the kind of people whose inner peace is so great they never fret and they especially never fret about silly things like all of the above. I know this fretting it’s silly. We all know it’s silly. Yet so many of us can’t stop themselves from fretting over largely imaginary potential problems.

I try to justify my worrying by telling myself I’m simply following my life policy of always being prepared for the worst but it’s sad, really, to waste energy over imaginary problems. Be that as it may, fretting didn’t stop me from deciding to go, I suppose all’s well. And, as I said, the fretting and the excitement around the Florence trip prevented me from slipping into an unpleasant state of what people lightly call the blues.

A Statue from a Hundred Years in the Future

I was watching Agatha Christie’s Poirot series the other day when Cat strolled into the kitchen with a sheet of paper in her hands.

“Mum, this is you. Sorry I made your nose so small.”

“Well, it’s a drawing of me and drawings of people are called portraits.”

“Yes. The statue they will build you in a hundred years because you will have become a very important person.”

Yeah, children have this virtuoso way of stunning adults into silence and mental confusion with the things they are capable of imagining. They are also so sincere you just can’t bring yourself to crush their visions with explanations of how real life works. So, I’ve tried to envision a future in which I would be important enough to merit a statue. The usual suspects when it comes to statues, for me, include:

Great inventors (Not a chance. I can’t invent anything to save my life.)

Dictators (That’s a possibility. I do have a dictatorial streak but I haven’t found an outlet for it yet. Also, I suspect dictatoring is hard work and I wouldn’t have time to read or watch Poirot, so I think I’ll pass.)

None of this matters, of course. I don’t need to be important for many people with a statue-building bend. It’s actually pretty good to be important for just one person who thinks you’re worth a statue. The reason this sounds soppy is because it is but I don’t care. I’m doing something right as a mother and that’s enough. 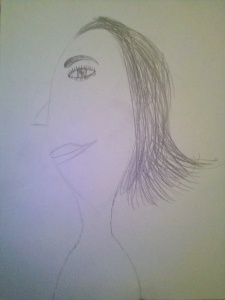 Okay, it looks nothing like me but the important thing is she’s insistent on learning and nothing can discourage her. Genes can be a great thing, that’s all I can say.

One thought on “A Profound Look Back at the Week: January 6-10”