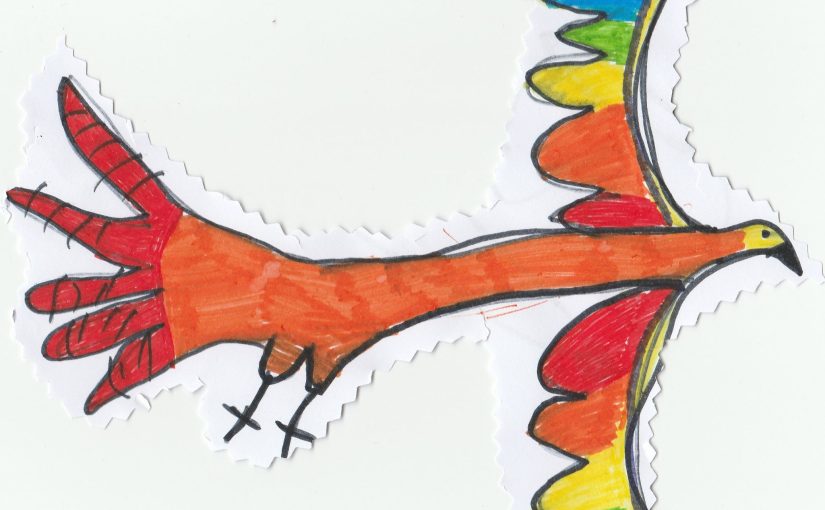 I have a confession to make. I don’t know how electricity works. I mean, I’ve read and read, and read about it, I can memorize facts and visualize and comprehend the water flow analogy I was lucky to find in a Jeffrey Deaver book but, well, I don’t really understand electricity. And I know why this is. It’s because I’m scared of physics. The reason for this is I got my first F in the fourth grade, in physics, punished by the teacher because my friend and I kept talking after the lady came into the classroom. All it took was one single unpleasant person and I was off physics for good.

Teachers are important. They are so important it’s scary. Like it or know, they are usually the first outside people to start undermining parent authority and this is not something bad. It’s good. Kids who grow up holding on to the belief their parents are all-knowing always-right gods are not happy adults. But I wanted to tell you about teachers. About the teachers I’ve been lucky–or unlucky–enough to meet in my life. Here are three snapshots.

Snapshot #1: I’m almost six and my parents have taken me to a presentation of the novel idea (This is 1984 Bulgaria, and I mean the actual year 1984, not any reference to the book) that children could start school a year earlier, at six. The lady giving the presentation is so warm, so radiant, and so convincing that, although it’s doubtful how much of the actual presentation I’ve understood, I start crying and dragging my parents to her. I want her to be my teacher. I want to start school right now, this instant and have this lady as my teacher.

And I did. Well, I didn’t start that instant but later that same year. Nadia taught me to read and write,  and she made me feel important. I was ravenous for words became my parents, out of a mistaken belief that I was gifted, had consistently resisted my attempts to learn to read earlier. My mum told me stories, loads of stories, instead. But now, with Nadia’s help I could satisfy my hunger. I’ve been doing this since then. Today, Nadia is my go-to authority with regard to my own first-grader. And she is the last surviving witness of my childhood, which may be a little bit said but I’m happy she’s still with me.

Snapshot #2: I’m sixteen and in England, in a college where I only have three subjects instead of a dozen, like back home. I write my first short story as an assignment for my Communication Studies class. I get introduced to the importance of oil in Middle Eastern history for my History class. And I have the firm intention of growing up to be a therapist because psychology and I simply click right away, not least thanks to my teacher.

I didn’t become a therapist and I’m not sorry but after I came back home I kept in touch with two of my three teachers. They told me about their personal lives and that made me feel very grown up, deserving of their confidence even though to this day I don’t know why they would share these things with me. All three taught me the skills of essay writing but also the skill of critical thinking and the importance of facts.

My history teacher let me sleep in class, with my eyes open. He later confided in me when he split with his wife to go live in London with another woman. He took up smoking and looked happier than I’d ever seen him. “But don’t tell X (another student). He wouldn’t understand.”

My communication studies teacher told me my imagination was working overtime and she meant it as a compliment. She is to this day one of the most beautiful human beings I’ve ever encountered and one of the boldest: she got accepted to Cambridge University to study biology and chemistry but halfway through she switched to Arts. And she never regretted it. Talk about a major life lesson. She wrote to me when she split from her husband (No, she didn’t end up with the history teacher) and moved in with a architect in a house without power or central heating — and this was a woman who took her hygiene very seriously. She sounded so happy I’ve remembered that letter to this day. Love, you know? The stuff of fairy tales.

My psychology teacher invited me over for tea and a chat about psychology, she gave me extra stuff to read because she could see how hungry I was (and there was no Google then) and she helped me fake the stats for a midterm project because she had promised to get me into a mental institution to actually conduct the research for the stats but that fell through.

If it weren’t for these three people I’ve no idea what I would be today and I’m not exaggerating. By 16, few of us still see their parents as the ultimate character-shaping authority. They’ve done what they could have way before that time. Sixteen is the time for role models and, hey, did I have some great ones in addition to the musicians and the writers.

Snapshot #3: I’m 22 and I’ve flunked my Syntax exam. The assistant professor who teaches the seminars (we have lectures and seminars on every subject) keeps score of who comes to her classes. I don’t go because I find her habit of writing + for presence and – for absence ridiculous. I, and a couple of friends, are fighting the system. And we all flunk the exam in June.

Three months later I re-sit it. My mother’s died a month earlier but I’m re-sitting this exam because I’m alive and I have to pass it. Life goes on and so on and I’m not dragging this Syntax crap for years. I flunk again, of course. It’s still hard to concentrate on stuff. But then I get it together, I sit down and gobble up as much Syntax as my brain can absorb and I re-sit the fucking exam in January. To paraphrase Julian Barnes* I ace the shit out of it. Another student who’s taken this exam with me says she hopes she’s managed to get the A she wanted, improving a previous B. She never finds out how close to death she was that day.

To this day I remember the cruel assistant professor in Syntax and I hate the very word syntax but you know what? That in-depth knowledge of syntax she inadvertently imparted on me by getting me furious enough to accumulate it has been, to put it mildly, useful. Not all teachers are good, what can you do.

I see a lot of talk about mentors and mentoring today. Mentors are trendy, I gather. Not that the idea of mentorship is new, of course, but all the publicity smacks of just another fad that will pass. But teachers? Teachers are not trendy and that’s good. Trendy doesn’t last. A good lesson even from a horrible teacher like the physics lady from fourth grade or the assistant professor from university, on the other hand, lasts forever. Trust me, I had to sign up for a MOOC in basic physics last year to undo at least a little bit of the damage. It worked. I’m no longer scared of gravity and Newton’s laws although I will never be able to memorize the formula for calculating density. Yeah, that’s the formula that teacher asked me to write when she exacted the punishment for Talking in Class.