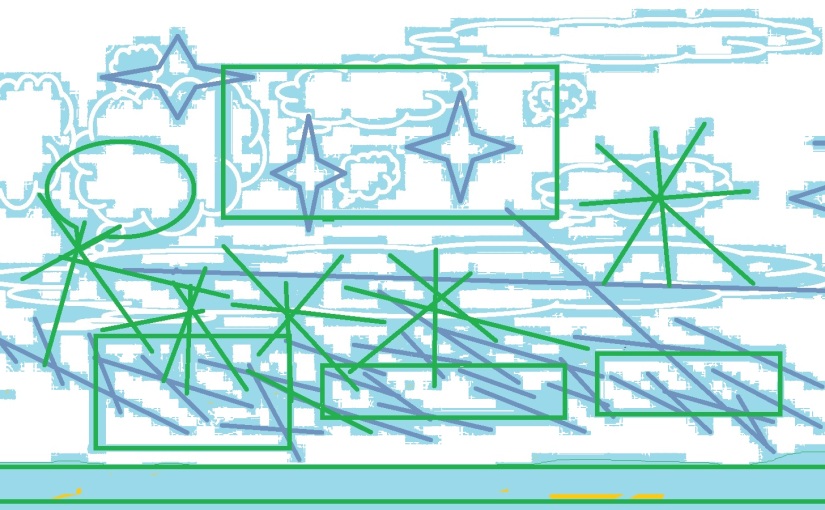 Let’s see now, I started this blog about two or three years ago. I wasn’t very serious about it, I admit, not at first. And then last year I started submitting short stories to magazines and anthology publishers. I finished a novel. I figured if I could be serious about this writing, I might as well start taking my blog seriously, too. My blog, I realized–quite slowly indeed–was my platform more than any social media account.

So, I’d gone beyond the stage of writing only because the stories wanted to get out. I’d started reaching out to people who might want to read them–or not read them as the case may be–but I’d started reaching out to an audience. I was pathetically blind to the fact the audience was already there and all I had to do was come out and say hi. Which I did in May, when I started publishing a series of tiny little short stories. Microfiction I think they are called. Whatever. My obsession with genre delineation died a natural death a long time ago.

In less than five months since then this blog’s following has doubled and you know what? I’m considering quitting the submission game and publishing my stories here. Why send messages in bottles and hope they reach friendly shores instead of sticking them right here where certainty rules?

Here’s the thing. Between July last year and September this year I submitted less than a dozen stories to less than a hundred publishers. Two were accepted for anthologies. I’d call this with some confidence a pretty good result as far as ego-scratching goes. I know there are thousands of writers out there who are much better than me and whose work keeps getting rejected because it just “doesn’t meet our needs at this time.” Yet they persevere. I also know I lack this particular strain of perseverance.

I’ve got over the sting of the rejection. Now it’s just tedious. Okay, so this story was not good enough or on-theme enough for X. It was good enough for me, though, because, you know, I did my best to tell it as it is and I had fun doing that. Also, we’re all clear literature is as subjective an art as any other (if not more), so your good is not my good and we’re good. At the same time, I’m finding it increasingly exasperating to look for anthology calls and magazine issues that I would submit for confidently. Why bother when I have a blog, for goodness’ sake?

If I loved my story, there simply have to be other people out there who would at least be mildly interested in reading it and at most, hopefully, come to love it as much as I do. And do you know what? Of course you know what. You proved me right and I am immensely grateful for this. After all, stories are told to be heard, right?

Now for the commercial aspect of it all. I’d like nothing better than to be able to make a living from my writing alone. Well, I actually may be lying because I’ve never had to just write fiction, all day long, so it’s unfamiliar territory. But it sounds like a fantastic idea. What also sounds like a fantastic idea is being able to make enough from writing to secure my daughter’s material future. Of course I realize there’s a pretty slim chance of that happening but there’s nothing wrong with dreaming.

Yet I’m not prepared to do whatever it takes to make this happen. Sure, I’d love for millions of people to be willing to pay to read my stories. But I won’t change those stories to improve their, um, sales potential. I won’t compromise my personal integrity for anything (unless someone puts a gun to my head, that is, or to the head of a family member).

Here’s the thing. I try to be honest in everything I do. I’ve found life is much easier this way. I’m honest with my family even if it means we argue a lot because they’re honest, too. I’m honest in my work even if people occasionally accuse me of bias from their own biased perspective. And I’m honest in my writing, even when it hurts and sometimes it does, a lot. I won’t shock for shock’s sake and I won’t change a character’s appearance or qualities to make them more appealing to one group or another. I write them as I see them and that’s that. What I see them as is, invariably, human.

So thank you. Thank you for appreciating my honesty. Thank you for trusting me with however much of your time you decide to spare to open an email notification and read the post. Thank you for clicking that “Follow” button. I’ve got a lot more things to say and stories to tell. Knowing that there are people out there who want to hear them beats everything else.

It beats the deep sense of contentment heavily sprinkled with relief when a story is done. It beats the fireworks going off in my head when I see those rare “Congratulations, your story has been accepted for publication.” And it most certainly beats the money.

Almost done now. One last thing. It’s perfectly fine to doubt my honesty. I would if I were you because then I wouldn’t know myself. We haven’t had a coffee or a drink together. We haven’t collected our kids from kindergarten together, and we haven’t been to a party together.

But, really, you do know me. I’m in all those stories and all the other blog posts. I wouldn’t say I’m particularly nice or outstanding in any respect but I try to be as good as I can in what I do and treat people as I’d like them to treat me. Life doesn’t get much simpler than this. It really sucks that we can’t meet and chat. But we can have a story together and that’s pretty awesome, too.