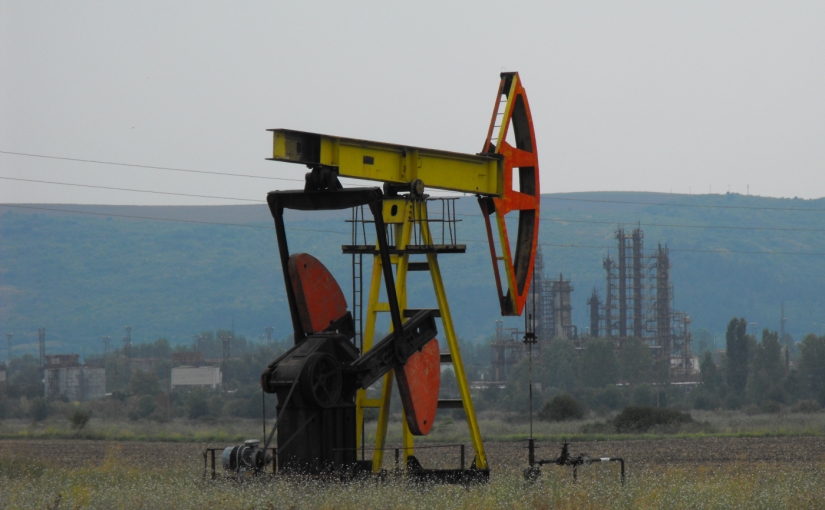 Once upon a time someone discovered a treasure in the ground that gave light and heat, and could make things move on their own. Even though this someone did not know it at the time, this discovery marked the birth of House Black that would come to dominate the world in the years to come.

House Black gave people light, and warmth, and life–because light and warm are often the difference between life and death–but it also gave them death and suffering because the treasure was poisonous. As the skies became darker and the air filthy, House Green was born and the greatest war of all times began.

As people were born, lived, and died, House Black and House Green fought on, their kings and queens came and went, and met, and argued, and the war raged on. At first heroes, the descendants of House Black quickly turned into villains, the greatest villains the world had ever seen as this same world drove to work and flew to vacation spots, and rode bicycles made from metal heated to unthinkable temperatures so it could melt and take the shape of a bicycle. This same world cursed the villains and rooted for the heroes of House Green who swore to remove House Black from the face of the Earth.

Eventually, as it always happens, some descendants of House Green became villains. They lost all regard for reason and human life as they strove to make a difference. They lost their minds just like some in House Black had lost their minds to money. Lies abounded on both sides, lies seeking to make a point rather than make the lives of all the ordinary people who did not take part in the war easier or at least less horrible.

Accusations of greed and disregard for humanity flew back and forth, disaster followed sabotage and sabotage followed disaster, and the war raged on. Meanwhile, behind the scenes, the kings and queens, and courtiers of House Black and House Green sat and watched people die.

Each of them needed something from their enemy. House Black needed the land of House Green, and the air and water of House Green so it could mine the treasure that had turned its descendants into villains. It also needed more people to use all the many things made from that treasure as this filled the royal coffers.

Now for a note I feel is required. The above is an oversimplifaction, which I felt was necessary in this case. The real-world situation is a lot more complex. Amazingly, amid all the noise and the lies, and the hypocrisy on both sides, there are sensible minds.

Some of them are in the court of House Green but they know that nature won’t be saved by shouting loudly enough and playing on people’s fears and emotions, which will get you attention and very likely money, but won’t do anything for the environment.

Some of the sensible minds are in the court of House Black and they know House Black’s dominion will end sooner or later. They are preparing for this day and in this they are also fighting the good fight.

If anything, the war between these two houses has shown us how easy a hero could turn into a villain and vice versa. Here’s a very good story (the first half, at least), in case you’re interested. Reality, as so often happens, is sometimes even more fantastical than fantasy fiction.